The History of Bancroft, Ontario

The Town of Bancroft, with a population of 3,880 (2011 census), is presently the business and Recreational Centre of the County of North Hastings. Yet the history of the people of Bancroft and surroundings 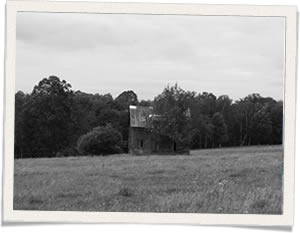 goes back several centuries. It starts with two Native groups, the Chippewas and the Mississagas, who lived in this area long before European settlers laid claim to their land. The Natives’ first contact with the “white man” likely occurred in
the 17th century through the “coureurs des bois”, the French-Canadian “woodrunners”. The “coureurs” had friendly relations with the Native people, from whom they learned how to canoe, snowshoe, hunt and fish expertly. Soon the two groups were involved in trading with one another. The “coureurs” would bring European goods, such as knives, needles, kettles and blankets to the Natives. In exchange they received from the Native trappers and hunters furs, especially beaver pelts, which at the time were fashionable and in high demand among the well-to-do in Europe.

Yet the tough and enterprising “coureurs” were more interested in trading than in recording their adventurous journeys for history. Therefore, without a written record, we can only say that it is very probable that the “coureurs” traded with the Mississagas and the Chippewas in the Bancroft area, since they did so with many Native groups in Ontario and other parts of the country.

The first written evidence of a “white man’s” presence in the Bancroft area dates back to 1827. It is the map of a canoe route, drawn by a Lieutenant Walpole. The route goes from Lake Simcoe through Baptiste Lake, then the York River, which flows through today’s Bancroft, and finally the Madawaska.

In the early nineteenth century negotiations started between the Natives and the Government for the land on which the Natives had lived for as long as anyone could remember. In 1819 the Mississagas ceded their land, which extended from Dungannon south, and in 1823 the Chippewas gave up their traditional hunting grounds. Yet for some time after those agreements had been struck, a number of Native families remained in the area. Eventually all Natives moved to the reservation at Golden Lake, with the exception of the Baptistes who remained on the lake that carries their name.

In 1835, at the age of 65, David Thompson, the famous British-Canadian explorer, came through the Bancroft area. In his lifetime he would map an incredible 3.9 million square kilometres of wilderness, which is about one fifth of the North American continent. Today he is considered by many the greatest land geographer ever. 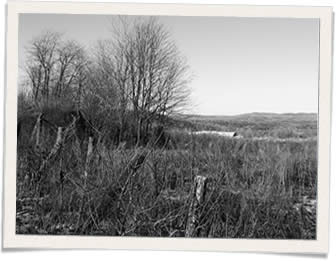 It took three more decades after the agreements had been reached with the Natives, before the Bancroft area would be opened to “white” settlers. In the 1850s the County of North Hastings was surveyed, townships and a road (the Hastings Road) were mapped out and later built, and the land was divided into 100-acre lots to be offered for free to settlers that were willing to work hard. These “free” lots were advertised in Great Britain as well as in Canadian cities. However, there were several conditions attached to the give-away. The main ones were that within four years the settler must clear and cultivate twelve acres. On his land he must also erect a log-house, with a minimum size of 20 feet by 18 feet, and live in it for at least four years.

Yet the first house in Bancroft did not belong to a settler, but to the Clark family. The Clarks had lived there even before the first surveyor came to the area. Mr. Clark might have been a trapper, who sold his furs, or he might have traded furs with the Natives. Mrs. Clark and her daughter had the misfortune to drown in the York River at the mouth of a creek, which today is still named Clark’s creek.

Then, in 1855, likely responding to the advertisements, two young, well educated men from England arrived, James Cleak and Alfred Barker. They were friends. Their youth, and perhaps their friendship too, gave them the strength and stamina to tackle the hard work of pioneers, namely that of clearing and cultivating wilderness land. This was backbreaking labour, for which they seemed ill-suited. Undeterred, they both settled on Quarry Lake, Mr. Cleak on the east shore and Mr. Barker on the west shore, having received a 100-acre lot each. Mr. Barker later married Mr. Cleak’s sister. After having fulfilled the conditions imposed on the settlers to retain title to their free acreage, each man then got involved in other undertakings. Both took on administrative positions, for which they were probably better suited. Mr. Barker became the first Clerk of the combined townships of Faraday and Dungannon. Six years after his arrival from the Old Country, Mr. Cleak, aside from running a small store, became the first Postmaster of the settlement, then named York River.